Carlos Baena, a Pixar animator who worked on 'Wall-E' and 'Toy Story 3,' is making his feature directing debut with the animated film. 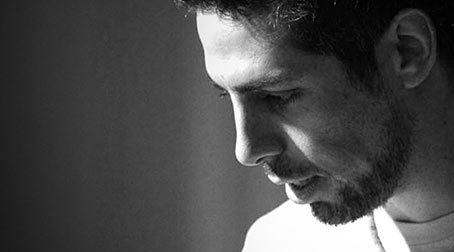 Henry Golding, a breakout from Crazy Rich Asians, has been tapped to play the lead role in The Tiger's Apprentice, the adaptation of the best-selling children's book from Paramount Animation.

The move puts Paramount back in the Golding business and can be seen as an affirmation of Snake Eyes, the studio's relaunch of the G.I. Joe franchise that sees the actor topline the upcoming spinoff.

Carlos Baena, a Pixar animator who worked on Wall-E and Toy Story 3, is making his feature directing debut with Apprentice. Sandra Rabins and Jane Startz are producing. Raman Hui and Kane Lee are exec producing.

The book, published by HarperCollins in 2003, told of a boy in San Francisco who meets a shape-shifting talking tiger named Mr. Hu and under his tutelage and protection is introduced into a magical world that includes an ancient phoenix, a dragon and a clan of evil-doers.

Golding will voice the tiger.

Davig Magee (Life of Pi), Harry Cripps and Kyle Jarrow worked on the script, which adapts the first book. Tiger's Blood and Tiger Magic were the other titles in the trilogy that was steeped in the mythology of the Chinese Zodiac.

Since starring in Crazy Rich Asians, Golding starred in a string of films that has showed his diversity, including Paul Feig's thriller A Simple Favor, with Anna Kendrick and Blake Lively, Feig's rom-com Last Christmas with Emilia Clarke and Emma Thompson, and Guy Ritchie's crime caper, The Gentlemen, with Matthew McConaughey. He next has the BBC drama Monsoon due for release in August.

Snake Eyes is currently slated for an Oct. 23, 2020, release, although the ongoing coronavirus pandemic could change those plans.

Golding, for whom Apprentice will be his first voice acting gig, is repped by Paradigm, Megan Silverman Management and Stone Genow.

Writer / Director Carlos Baena's stellar tale of a boy who's life is turned upside down.