Some of his credits include Disney’s classic animated feature “Lion King”, “Prince of Egypt”, “Rise of the Guardian’s”, “Guardians of the Galaxy Vol2”, Star Trek Discovery”, The Batman”, “Umbrella Academy”, ”Hotel Artemis”, Godzilla: King of the Monsters”, Watchman HBO Series”, “Spiderman Homecoming”, “Dr. Strange”, the film adaptation of the classic novel “Call of the Wild” and most recently a new feature animated film at Paramount Studios.

Giving back as a Mentor, Sam works with the next generation of artists an instructor at Art Center College of Design and CCS in Michigan, as well as several other local LA art schools. Sam travels throughout the country lecturing about how to prepare and maintain a career in the film industry through networking, positive contributions and hard work.

1. WHAT IS YOUR JOB AT PARAMOUNT ANIMATION?

2. WHO IS THE ARTIST THAT INSPIRES YOU MOST?

3. WHAT IS INSPIRING ABOUT YOUR CURRENT PROJECT?

The sheer epic scale, and complete freedom for world building.

Listen more than you speak. Be kind at all cost. Love everyone and do not jump to conclusions too quickly. Find your balance at all times, and eat healthy!

Samual Michlap
Talking to his younger self

4. WHAT WAS YOUR FIRST JOB?

5. WHEN DID YOU KNOW YOU WANTED TO WORK IN ANIMATION?

While in my Junior Year in University, after I saw 'Beauty and The Beast'. I have always loved Disney Animation as a kid, but that film tipped it. I wanted to create amazing worlds like the one I was watching on screen.

6. WHAT IS ONE THING YOU LIKE ABOUT WORKING FOR PARAMOUNT ANIMATION?

The amazing talent within the crew at a world class studio which has an amazing list of legendary films.

7. WHO IN YOUR CAREER HAS HELPED YOU TO IMPROVE AND SUCCEED? HOW DID THEY HELP YOU?

Lorenzo Martinez and Dan St. Pierre. I was formally mentored while at Disney Animation over a 5 year period. They trained me in Film Design. Sunny Apinchapong-Yang, who gave me pearls of painting wisdom.

I prefer a paint brush with real paint. 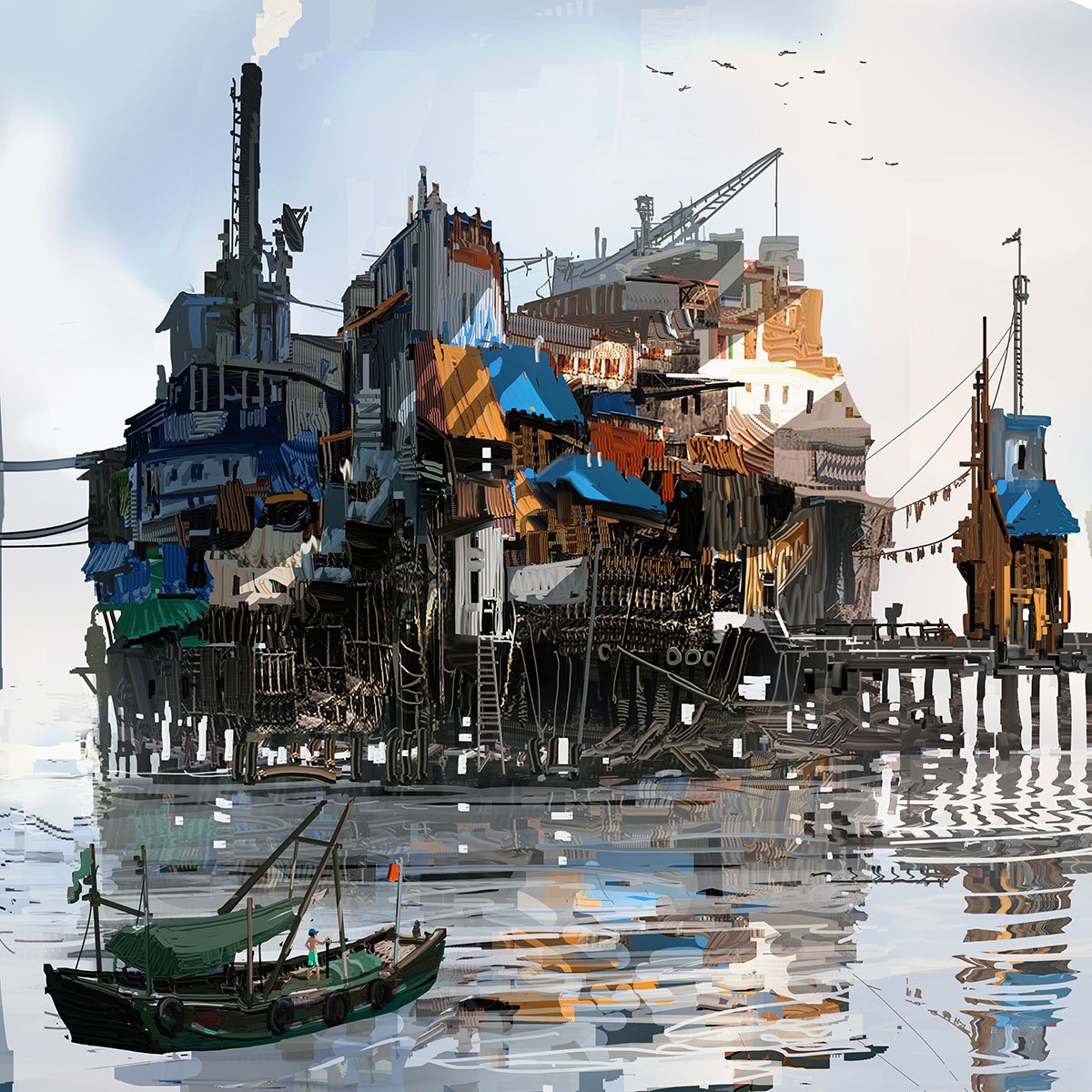 9. WHAT IS YOUR FAVORITE PARAMOUNT MOVIE?

Too many to list- but Ferris Bueller's Day Off, Raiders of the Lost Ark, Braveheart.

10. WHAT IS YOUR FAVORITE ANIMATED MOVIE?

11. WHO IS YOUR FAVORITE ANIMATED CHARACTER?

Can't decide- far too many to count! But off the top of my head, 'Emperors new Groove' -Yzma is hillarious!

12. WHAT IS YOUR FAVORITE THING TO DOODLE IN THE CORNER OF YOUR NOTEBOOK?

Figures. They can be doing anything, but I love to draw figures moving around.

13. WHAT IS YOUR FAVORITE ZOO ANIMAL?

16. HOW DO YOU EXPRESS YOUR CREATIVITY IN YOUR FREE TIME?

My passion is Plein Air painting with Gouache materials. Being outdoors, and trying to rush to capture an

effect of light is my most favorite thing to do, within the arts. I also build Furniture.

17. WHAT DO YOU DO WHEN YOU ARE FEELING A CREATIVITY BLOCK?

The Fountain Head, on many levels.

19. WHAT IS YOUR FAVORITE VACATION SPOT?

20. WHAT IS YOUR FAVORITE ICE CREAM FLAVOR?

21. ARE YOU A NIGHT PERSON OR MORNING PERSON?

22. IF YOU COULD TELL YOUR YOUNGER SELF 1 THING, WHAT WOULD IT BE?

Listen more than you speak. Be kind at all cost. Love everyone and do not jump to conclusions too quickly. Find your balance at all times, and eat healthy!